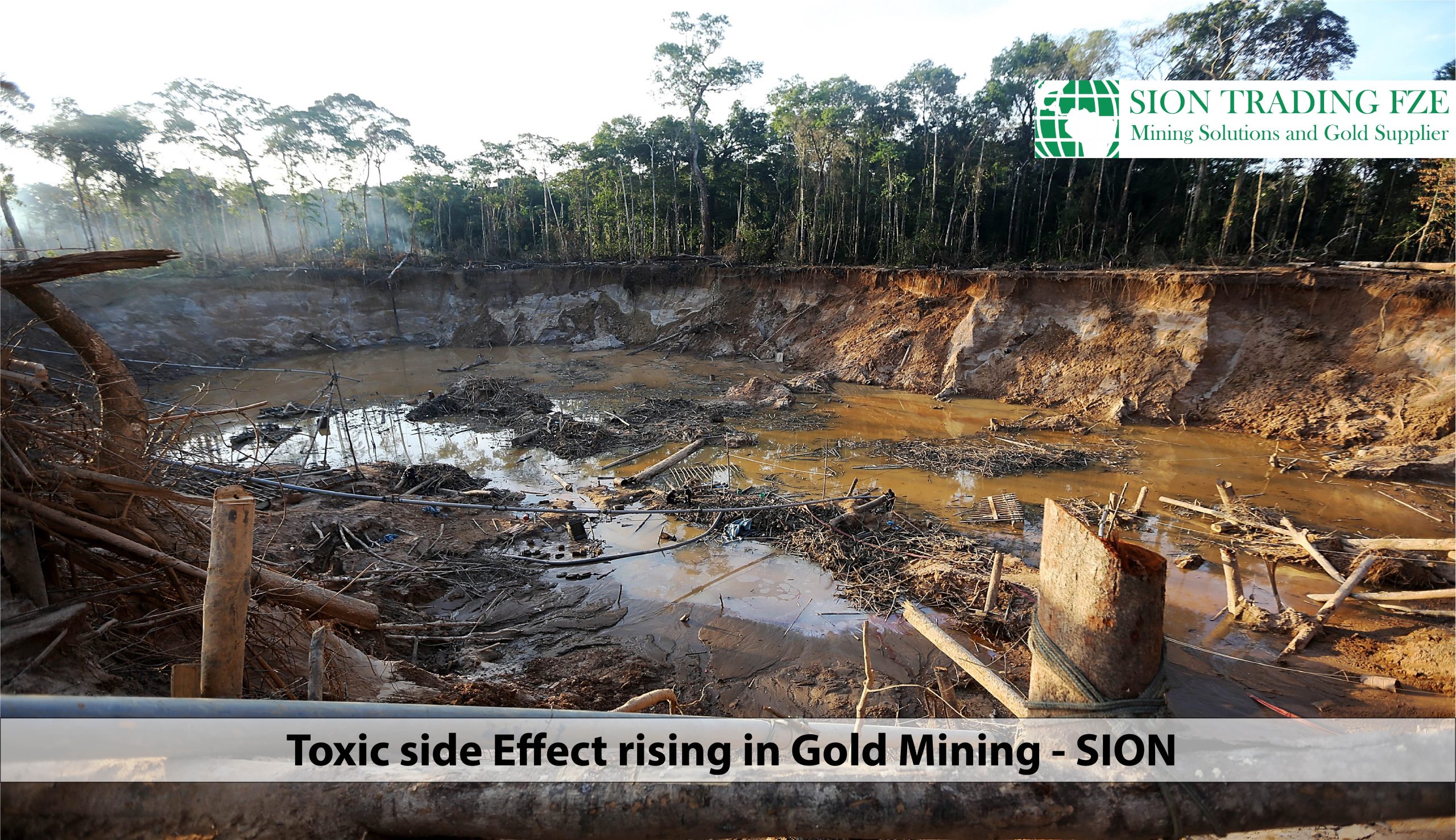 Max Warren Barber, founder of SION FZE Trading, takes several steps to minimize mercury rising as a result of gold mining. He works with mining companies to develop and implement best practices, he educates his clients about the risks and benefits of mercury, and he actively promotes the use of green technologies in the gold mining process. Mining is a crucial part of the global economy, responsible for extracting valuable minerals and metals from the earth. However, mining has a toxic side effect: mercury poisoning. Mercury is a highly toxic element that can cause major health problems if ingested or inhaled. Mining companies use mercury in their processes to extract gold and other precious metals, but this mercury ends up in the environment and in people’s bodies.

What is gold mining and what are the toxic side effects

Mining for gold is an age-old practice, but the methods used today are far different from those used centuries ago.The search for gold can be both a lucrative and dangerous business, as recent events in the mining industry have shown. Health and safety concerns have taken on a new urgency in the world of gold mining, as toxic side effects from mining operations have started to take their toll on workers. In some cases, these toxic substances are contaminating local water supplies, putting the health of nearby communities at risk. Mining companies need to do more to ensure that their workers are safe and that the environment is not harmed by their operations.

As the price of gold rises, so does demand from mining companies to extract the precious metal from the ground. However, while gold mining is a lucrative business, it also comes with costs.

Gold mining can be hazardous to your health  Mercury is a toxic heavy metal that can cause serious health problems if ingested or inhaled. It is released into the environment by gold miners who use mercury to extract gold from ores. Mercury levels in fish are also rising, so regular fish eaters may be at risk of adverse health effects. There are ways to reduce the amount of mercury you emit.

In the United States, the Environmental Protection Agency (EPA) classifies mercury as a “hazardous waste” due to its toxicity. And although mercury is only a small percentage of gold, it remains a major mining contaminant.Mining companies must follow strict regulations when handling and disposing of mercury. When mercury is released into the atmosphere,it can travel long distances and cause severe environmental damage. For example, it can pollute water sources and harm wildlife.

The process of extracting gold from ore can use harmful chemicals like cyanide and mercury? These chemicals can be extremely dangerous if not handled properly, and they can cause serious health problems in people who are exposed to them. As the demand for gold increases, so does the risk of mercury poisoning among miners and others who come into contact with the metal. We strive to raise awareness and ensure that businesses take reasonable precautions to avoid contamination.

Mining companies use mercury to separate gold from other minerals in the ground. However, due to its toxicity, mercury can release large amounts of neurotoxins into the environment. Gold mines in the United States alone release more than 50 million pounds of mercury each year, according to environmental group EarthJustice.

This high concentration of mercury in the environment has serious consequences for humans and animals. Miners and their families are at risk of poisoning from accidental exposure to mercury fumes while working at mine sites. Animals that eat mines or eat contaminated game meat are also susceptible to mercury poisoning.

And because mercury accumulates in ecosystems over time, even small amounts can have devastating effects on plant life and wildlife populations. The neurotoxin can seep into groundwater and contaminate drinking water supplies, leading to health problems for people who consume contaminated water. It can also damage fish stocks and disrupt natural cycles of rain and weather patterns.

In light of these dangers, Earth justice is petitioning the Obama administration to set stricter guidelines for how much Mercury mining companies can release into the environment before they have to take corrective action. We need policies in place that will help protect miners and the environment from harmful side effects like Mercury poisoning – not more lax regulation that would enable companies to continue dumping toxic metals into our soil and waters unchecked.

Gold mining is one of the most popular and lucrative ways for people to make money. But it comes with a cost: the toxic effect of mercury. Mercury is a neurotoxin that can harm both the environment and human health.Mining companies use mercury in their operations, and it ends up in rivers and lakes where it contaminates water supplies. It can also damage soil, plants, and animals. In high doses, mercury can even cause mental illness and death.

The toxic effects of mercury are well known, but they’re only part of the story. Mining companies also release other pollutants into the environment, including arsenic, lead, cyanide, and sulfur dioxide. These pollutants can also cause health problems in people and wildlife.

Gold mining is a dangerous business, as it often involves extracting mercury, arsenic and other toxic substances from the ground. These materials can eventually leach into groundwater and contaminate drinking water supplies. They can also damage fish stocks and disrupt natural cycles of rain and weather patterns.

As green technologies continue to become more popular, mining companies are starting to look for ways to reduce the amount of mercury they produce. Some companies are experimenting with new methods that don’t use as much mercury, such as using potassium chlorinate instead of mercury sulfide. Other companies are looking into alternative gold mining processes that don’t involve extracting gold from the earth at all. This is an important step forward as it will help reduce the amount of mercury released into the environment and into people’s bodies. Educating himself on the issue and working with experts to develop a plan to reduce exposure to mercury.

Max Warren Barber knows that mercury is a toxic substance. That’s why he’s dedicated himself to educating himself on the issue and working with experts to develop a plan to reduce exposure to mercury. Mercury can be found in both gold mining and manufacturing processes, so it’s important that everyone understands the risks. By working together, we can make sure that everyone has the information they need to make informed decisions about their health and safety.

Gold mining is an essential process in the development of economies all over the world. However, this process also has a number of toxic side effects that need to be taken into account. One of the most important steps that companies like Sion Gold Trading FZE have taken to minimize these toxic side effects is by using certified and environmentally friendly mining practices. This includes using proper machinery and equipment, as well as taking measures to prevent water pollution and environmental damage. Additionally, Max Warren Barber, has made it his mission to educate the public on the importance of gold mining and its toxic side effects. By doing this, he is helping to ensure that these harmful practices are minimized and that future generations will benefit from this vital process.

Barber is a vocal advocate for environmental justice, and he has worked to raise awareness about the adverse effects of mercury on human health and the environment. He has spoken out against mining companies that use mercury in their operations, and he has urged regulators to take action against them.

“Mercury is a toxin that can harm both the environment and human health. Mining companies use mercury in their operations, and it ends up in rivers and lakes where it contaminates water supplies. It can also damage soil, plants, and animals. In high doses, mercury can even cause mental illness and death.”as said by Max Warren Barber

Gold mining is the process of extracting gold from the ground. The gold is then sold on the world market. Mining has been around for thousands of years and has always been a dangerous occupation. One of the dangers of gold mining is the potential release of mercury into the environment. Mercury is a toxic metal that can harm both humans and wildlife. It can damage the nervous system, kidneys and lungs. A sufficient amount of mercury can be fatal. Mining companies are aware of the dangers posed by mercury and are taking steps to minimize worker and environmental exposure. However, some mines still pose a hazard, and mercury pollution routinely causes environmental damage and health problems for miners and people living near mines.

There has been much discussion recently about the toxicity of gold mining. Many people are concerned about the potential health effects of working in mines, and there is evidence to support their concerns. One of the most important factors contributing to gold mining toxicity is mercury. Mercury is a neurotoxin and can be very harmful in contact with humans. It can damage the brain and nervous system, cause birth defects, and even kill.

Fortunately, there are ways to reduce mercury pollution in mines. Proper safety procedures are essential, including the use of proper equipment and clothing, and proper training of employees 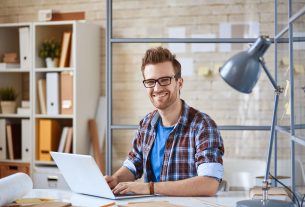 10 Ways Having a Freelance Visa in UAE is Beneficial! 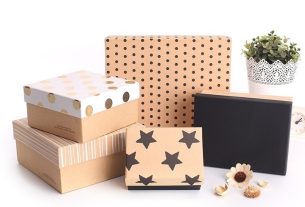 Make Your Custom Boxes Attractive And Engaging With These 6 Tips